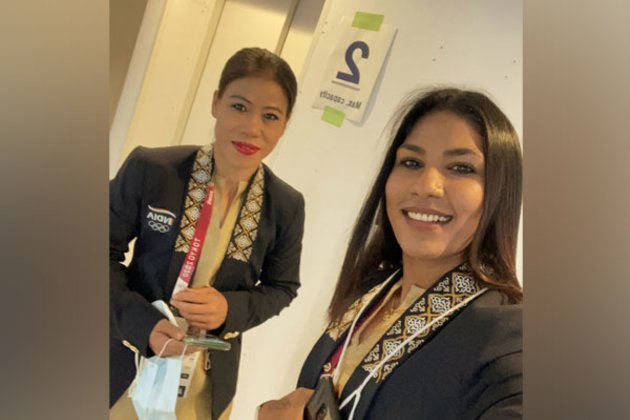 Taking to her Twitter handle, Bhavani stated that the six-time World Champion has inspired millions of young girls and boys in the country.

"I Salute @MangteC ma'am has inspired memillions of young Girls and Boys of our country to buckle uptake a shot at their Dreams. An epitome of age is just a numbermotherhood only makes a woman stronger in mindbody! Thankyou for encouraging the youths cheer4India," She wrote.

Mary Kom, the face of India's boxing contingent, faced a shocking defeat -- split decision -- at the hands of Colombia's Ingrit Valencia to bow out from the round of 16 at the ongoing Tokyo Olympics on Thursday.

Valencia got off to a flyer as she won the first round. Four out of the five judges gave her a 10 while one had a 9 for her showing.

Mary Kom came back with a flurry of punches on Valencia to win the second round but the Rio Olympics bronze medallist maintained the lead. In the third round also, Mary Kom gave her best, but in the end, it was just not enough on the day. (ANI)