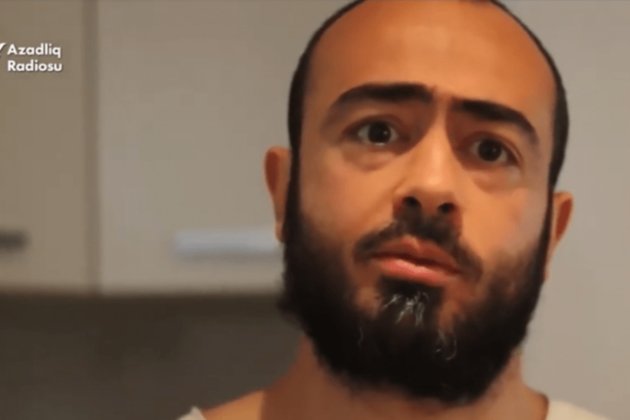 Azerbaijani opposition blogger Huseyn Bakixanov has been found dead in the Georgian capital, Tbilisi, where he was seeking asylum.

Bakixanov's relative Avtandil Mammadov and the Germany-based investigative journalist Afqan Muxtarli say the blogger, known for his criticism of the Azerbaijani government, was found dead on July 29.

It is not clear where exactly Bakixanov's body was found. Muxtarli wrote on Facebook that police in Tbilisi said the blogger may have fallen from a high-rise apartment block.

Tbilisi police have yet to issue a statement on the situation around Bakixanov.

On July 12, Bakixanov posted a video statement on YouTube while in an ambulance saying that five men he had become acquainted with three days earlier attacked him in downtown Tbilisi.

'I do not believe that it was a random attack, because it happened just a couple of days before I am scheduled to get my refugee ID card,' Bakixanov said at the time, adding that he was not completely sure that the Azerbaijani government was behind the attack.

According to Muxtarli, Bakixanov was arrested in Baku during an anti-government rally on May 7. He was then sentenced to 15 days in jail. After his release from custody, Bakixanov said police tortured him, threatening to rape him while he was serving his term.

Shortly after that, Bakixanov left Azerbaijan for Georgia, where he continued to criticize the government via media outlets and his YouTube channel.

Bakixanov's colleague, Afqan Muxtarli, has been residing in Germany since March last year after he was released from prison in Azerbaijan.

Muxtarli himself lived in Georgia in exile after he fled to the neighboring country in 2014 until he was abducted in Tbilisi in late May 2017 and subsequently transferred to Azerbaijan, where he was sentenced to six years in prison of charges of smuggling, illegally crossing the border, and using force against a government official. The journalist rejected the charges as politically motivated.

In March last year, Muxtarli was granted an early release under pressure from international governments and human rights groups, and immediately left for Germany where his wife lived in exile at the time.

With reporting by apsny.ge and JAMnews