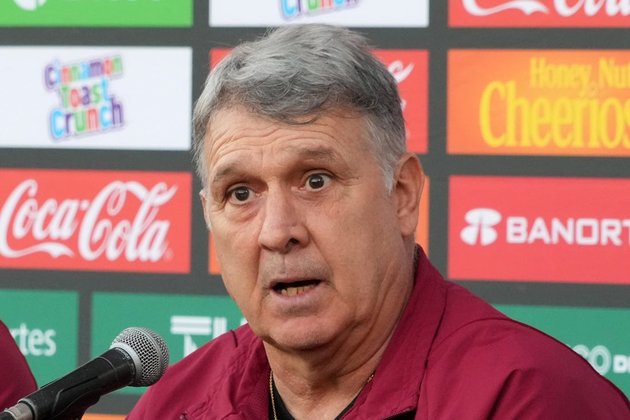 Gerardo 'Tata' Martino out as Mexico's coach after WC exit

Gerardo "Tata" Martino announced that his contract expired once Mexico was eliminated from the World Cup on Wednesday and that he is no longer the coach of El Tri.

Mexico scored its first goals of the tournament in a 2-1 victory over Saudi Arabia, but it failed to advance to the knockout stages due to goal differential against Poland.

"I am the first responsible for this terrible disappointment and frustration that we have," Martino said after the match. "As the person in charge, it causes a lot of sadness, I fully assume responsibility for this great failure.

"My contract ended as soon as the referee blew the final whistle and there is nothing more to be done."

It is the first time since 1978 that Mexico has failed to advance out of the group stage in a World Cup, not including the 1990 tournament that the country was banned from.

Martino took over El Tri in 2019 after leading the Atlanta United to the MLS Cup title. However, Mexico struggled against the United States and Canada during World Cup qualifying, losing to both teams on the road and drawing at home.

Mexico also lost to the United States in the finals of the CONCACAF Nations League and the Gold Cup.

Criticism of Martino continued to mount as Mexico managed no goals and only one point through its first two games in Qatar. Meanwhile, former Manchester United and Real Madrid forward Javier "Chicharito" Hernandez was left off Mexico's World Cup roster.

Martino previously coached the national team for his native Argentina as well as for Paraguay. The Athletic reported in July that he had already decided to part with El Tri after the World Cup.

He ends his tenure with Mexico with a win-draw-loss record of 42-12-12 across all competitions.