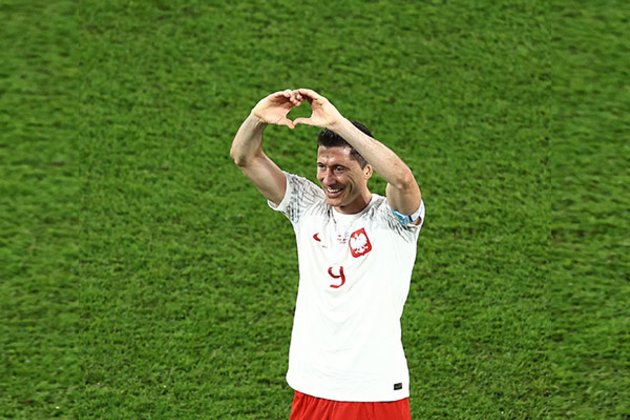 A goal each from Mac Allister and Julian Alvarez sent Argentina to the top of the Group C table and into the round of 16 as they outperformed Poland in every department to win by 2-0 in their final group stage match at Stadium 974 in Doha on Wednesday.

With this, Argentina end their group-stage campaign with six points and two wins and a loss. Poland qualifies for the round of 16 as well despite being equal with Mexico in terms of points (4 points) due to their superior goal difference.

With 12 minutes left, Grzegorz Krychowiak was sent off, further narrowing the gap, and Michniewicz admitted he was beginning to worry.

"We had an agreement that only me and the technical staff would be across what was happening in the Mexico match, at one point in time I did pass on some information to Robert [Lewandowski]. My heart stopped a bit when Grzegorz Krychowiak was booked, we knew it was minus three points and fair play was already taken into consideration," Skysports quoted Michniewicz as saying.

"So Piotr Zielinski was supposed to leave but we substituted Krychowiak because for five minutes we didn't have control of the game and couldn't make the substitution, while the second yellow card endangered him. My technical staff told me there was only a difference of two or three yellow cards so it was very close, we were at a difficult time when it was 2-0," he added.

Talking about if Krychowiak missed the chance the team would be packing their bags and Michniewicz said that he told Poland players to avoid getting cards.

"The mistake of Krychowiak could have made us go back to the hotel and pack but now I hear we are going to play France. I told them to avoid stupid cards, we were doing anything to avoid any provocation, avoid talking to referees. We lost the game, it is very important but sometimes those defeats are bittersweet - or bitter and sweet - this was our case, we lost but we went through," He added.

"After many, many years we went through to the next stage, I would like to congratulate my whole team and staff. We are very happy about it, we have worked hard, we have gained four points, the rules have been clear from the very beginning, we knew what was counted was the goals but also the yellow cards," Michniewicz said.

Coming to the match, starting off the match in an all-blue jersey, Argentina earned their first corner of the match. But it was guarded well by the Polish defence.

Argentina was extremely aggressive in their pursuit of an opening goal and kept making chances for themselves in the first 20 minutes. They also enjoyed a great deal of ball possession. Poland were trying their level best to attack but every attempt of theirs was thwarted by Argentinians.

Messi could not convert the penalty into a goal and the goalkeeper made his second save of the tournament, a brilliant one-handed save this time around. Three minutes were added to the first half. The first half was goalless but featured heavily aggressive gameplay from Argentina, some brilliant defending from Poland.

Barely a minute into the second half, Brighton Mac Allister scored his first international goal and it was indeed the best time to bring it. This goal gave Argentina 1-0 lead in a match highly crucial for their round of 16 chances. Molina sent Mac Allister a cross and all the goalkeeper could do was stretch out his hand while the ball went past him.

In the next 15 minutes, Argentina made some more chances for themselves. Messi almost got his side their second but the Polish defence resisted his attack well and he failed to shoot. In the 60th minute, Mac Allister was denied his second goal and Szczesny blocked the ball easily.

In the 67th minute, Alvarez doubled Argentina's lead, scoring his first-ever goal in a World Cup. Fernandez slotted the ball into Alvarez's feet and the striker powered the ball into the back of the net, putting on an exhibition of his strong finishing skills.

Poland struggled to get the ball to their feet, let alone attack. Argentinians kept passing the ball among themselves and tried making some chances for themselves. But Messi and Alvarez missed their attempts at goal.

Six minutes of additional time was added after ninety minutes. Argentinians tried to make some chances to disturb their opponents' goal difference. At the end of additional six minutes, the scoreline read 2-0 in favour of Argentina. (ANI)