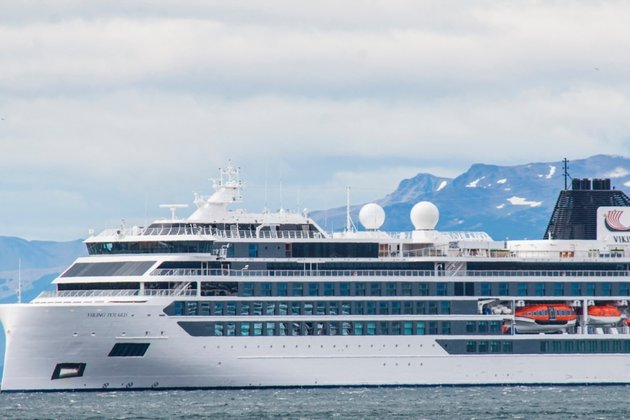 A woman was killed and four other passengers were injured when a rogue wave hit the Viking Polaris cruise ship as it sailed towards Ushuaia, Argentina, this week.

Viking Cruises did not release any details of the incident.

The hurt passengers "sustained non-life-threatening injuries during the incident and were treated by the ship's onboard doctor and medical staff," Viking Cruises said in a statement.

The cruise line said, "We are investigating the facts surrounding this incident and will offer our support to the relevant authorities."

A passenger told ABC News that there was a "huge smash" against the window of the cabin she shared with her husband and "a lot of water came shooting in." She said the window frame of her cabin broke from the pressure of the wave.

Viking said it has decided "after careful consideration . . . to cancel the ship's next scheduled departure, the December 5-17 Antarctic Explorer itinerary."