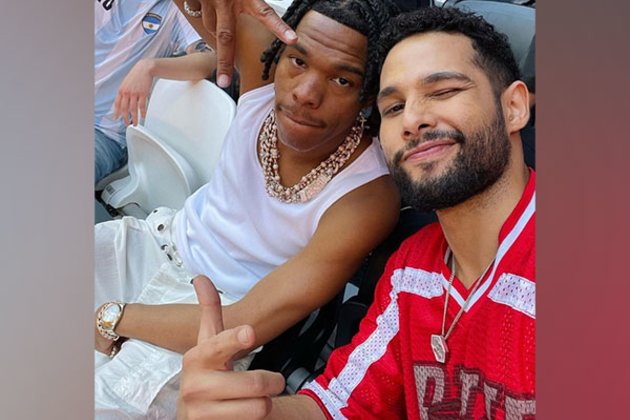 The anthem will be directed by X and will come out during the FIFA world cup finals.

Taking to Instagram on Sunday, the 'Gehraiyaan' actor shared a series of pictures from the shoot of the anthem.

In the pictures he can be seen posing with the rapper Lil baby, wearing a red loose T-shirt, looking all dapper.

He also shared the jersey with his name on it.

In the captions, he wrote " FIFA anthem loading... @lilbaby by @directorx"The highly-anticipated FIFA World Cup 2022 is being held in Qatar from November 20 to December 18.

32 teams have participated in this once-in-every-four-years football extravaganza.

France is the defending champion, having won their second title in 2018 after defeating Croatia in the final. They will be aiming to defend their crown against a world-class competition offered by these aforementioned teams.

It will be the final World Cup tournament for Lionel Messi, the Argentina striker considered one of the greatest ever footballers of all time. It is also highly likely that 37-year-old Cristiano Ronaldo will don the Portuguese colours for one final time.

Eight stadiums across Qatar are hosting the 64 matches of this tournament.

Coming back to Siddhant's work front, he was recently seen in 'Phone Bhoot' alongside Katrina Kaif, Ishaan Khatter and Jackie Shroff.

He will be next seen in 'Kho Gaye Hum Kahan' with Ananya Panday and Adarsh Gourav. He will also be seen in Ravi Udyawar's directorial 'Yudhra'. (ANI)