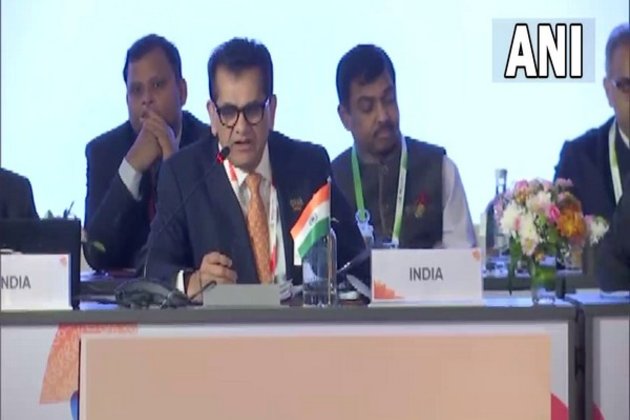 "Our perspective is that we should have a win-win collaboration between all of us. Developing countries, Global South and advanced economies," Kant said during a G20 Sherpa meeting in Udaipur. "We need to build new approaches. This is a unique forum for both the developed world and emerging economies. So we need to build approaches to benefit the world on key issues," he added.

G20 Sherpa Meeting under India's Presidency is currently underway, beginning with an overview of India's issue notes and priorities. Kant said the forum's first concern should be towards whose need is the greatest. "And therefore, we need to focus on the Global South as well," he said.

"Our G20 Presidency would seek to advocate the oneness of all in accordance with our theme. One Earth, One Family and One Future," he added.

Day two of the G20 India Sherpas Meeting began with a session on Technological Transformation with the working groups on Digital Economy, Health and Education. Positive and constructive discussions took place with enthusiastic participation from all G20 Sherpas.

The G20 or Group of Twenty (G20) is an intergovernmental forum of the world's major developed and developing economies.

India will host over 200 meetings in over 50 cities across 32 different workstreams, and would have the opportunity to offer G20 delegates and guests a glimpse of India's rich cultural heritage and provide them with a unique Indian experience.

G20 Sherpa today interacted with Sherpas of all the Emerging Market Economies (EME). He also ant held a productive discussion with the Sherpas G20 Troika comprising India, Brazil and Indonesia.

As India takes over the Presidency of G20 amid the global crisis, Kant described this period as an "opportunity" and said the host nation will try to do everything possible to be positive and forward-looking.

"There is a lot of crisis in the world including disrupted supply chains, geopolitics, global debt, climate finance and other challenges. A crisis is an opportunity and this (G20 presidency) is the greatest opportunity we have got," Kant told ANI.

"We are putting together the agenda and our leadership will be very decisive and action-oriented. We will try and do everything possible to be positive and forward-looking," he added. (ANI)