"Everything Everywhere All at Once" leads Oscar nominations with 11 nods

LOS ANGELES, Jan. 24 (Xinhua) -- A24's Asian-led absurdist comedy-drama film "Everything Everywhere All at Once" led nominees for the 95th Academy Awards, or the Oscars, with 11 nominations, the Academy of Motion Picture Arts and Sciences announced on Tuesday.

The film, a hilarious and big-hearted sci-fi action adventure about an exhausted Chinese American woman who can't seem to finish her taxes, picked up nominations across a series of major categories, including best picture, best director for Daniel Kwan and Daniel Scheinert, best actress for Michelle Yeoh, best supporting actor for Ke Huy Quan, and best supporting actress for Jamie Lee Curtis and Stephanie Hsu.

Searchlight Pictures' dark tragicomedy film "The Banshees of Inisherin" and German anti-war film "All Quiet on the Western Front" came in second in the race for this year's Academy Awards with 9 nods each, followed by Warner Bros. Pictures' biographical drama film "Elvis" with eight.

"Everything Everywhere All at Once," "The Banshees of Inisherin," "All Quiet on the Western Front" and "Elvis" will compete against "Avatar: The Way of Water" and five other films for best picture award.

Yeoh will face off against Cate Blanchett ("Tar"), Ana de Armas ("Blonde"), Andrea Riseborough ("To Leslie") and Michelle Williams ("The Fabelmans") in the best actress category.

Battle for best animated feature film will be among "Guillermo del Toro's Pinocchio," "Marcel the Shell With Shoes On," "Puss in Boots: The Last Wish," "The Sea Beast," and "Turning Red."

"All Quiet on the Western Front" will compete against Argentina's "Argentina, 1985," Belgium's "Close," Poland's "EO" and Ireland's "The Quiet Girl" for best international feature.

The 95th Academy Awards ceremony will take place on March 12 at the Dolby Theatre in Hollywood, Los Angeles. 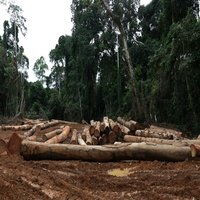